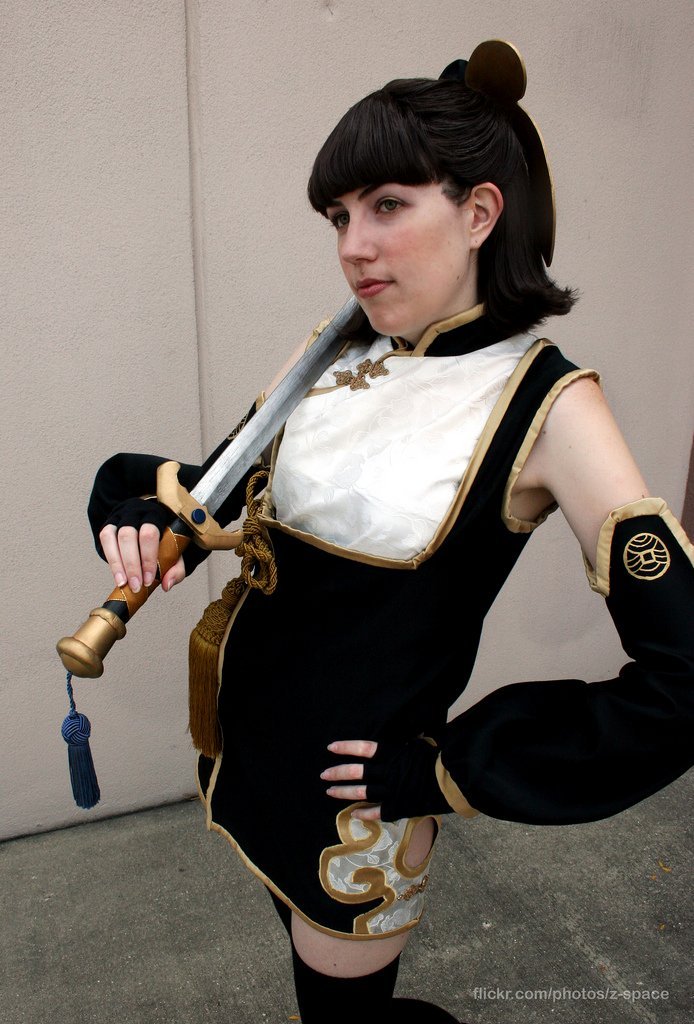 Name: befu
Facebook: https://www.facebook.com/verssenwerks
Tumblr: https://bluetie.tumblr.com
Style and Color: Theia in Dark Brown and short Dark Brown wefts
Character: Xianghua from Soul Calibur III (Alternate Outfit)
“At the time I couldn’t find a shorter wig to fit my needs, so I had to chop a good 8-9” off of my wig. I added dark brown wefts at the sides of the wig since I needed to pull it back into a half ponytail. This was my first attempt at ponytail stubbing a wig (since I needed to add in the bun cover and “bronze” pieces) which went well…interestingly. I screwed up a bit, but ended up making it work by sewing the wefts together/in place. Learned a lot from it. The bangs were trimmed and curled, the back was trimmed and curled. It was nice being able to just use a curling iron and not worry too much about melting the fibers.  Just curl, spray, and repeat!”

FacebookTweetPinEmail
Posted by Epic Cosplay on Posted on March 31, 2014
Share this ArticleLike this article? Email it to a friend!
Email sent!