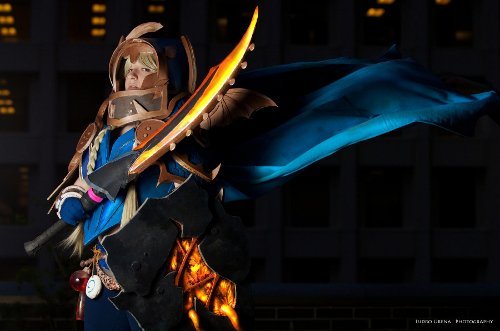 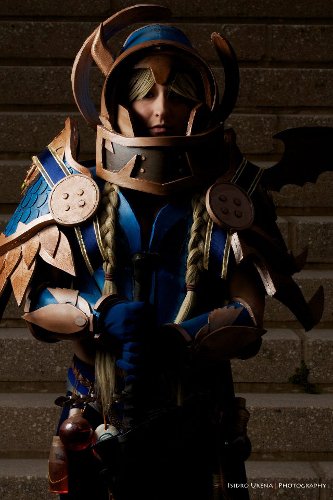 Heart Strings Cosplay submitted a Show Us Your Moves entry featuring her Dwarf Paladin Tarice cosplay from the popular World of Warcraft franchise! She used our Persephone in Blonde Mix and styled it to complete her cosplay! Check her entry out below! 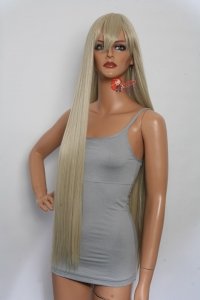 I recently made of of my dream cosplays, and In doing so I used my first EpicCosplay Wig. I am definatly going to be a repeat customer, I posted a photo and I was directed to this contest so I thought I would send in an entry.

I got into cosplay right out of high school, I had always been creative but never had the chance to do cosplay untill I started College and I had always wanted to try it. It was the ability to become your favorite characters and the wonderfull feeling when you build it yourself

It will be three years this coming Anime fest, I started somewhere like everyone else and in the begining I made alot of things I would like to burn now that Im looking back, but I think every one has those feelings sometimes

This character means a lot to me for several reasons, Me and my fiance started playing World of Warcraft together about one year into our relationship, he had been playing for years and asked me to join him as a way of shareing time together because most of his other games were single player and I felt left out. the game got us threw some hard times but most of all it helped us learn to trust each other, because with out me healing my fiances tank both our characters would die and we would have to start all over, as silly as it is WoW is what lead us to have a stronger relationship and lead us to where we are now, engaged. My first character and still my main to this day is my Dwarf Paladin Tarice, your first character always means something to you because that was the first class you learned and the first one you climbed all the way to the top with.  Since I started playing I had been amazed at the designs in the game as was itching to make one of my oun, but more then anything I wanted to bring my Dwarf out of the game and into reality, to break that barrier between the player and their character, because every character in WoW is as unique as the person playing it.

The whole thing is armor, I have never made armor before, it took me a while to figure out what material I wanted to work with for my first time. I chose EVA foam because its light and thick enuff to get that bulky WoW look to it. I just started with construction paper to make shapes till I felt it was right and then transferred it to the foam, cut and hot glued. I am so happy with what I made and I cant wait to dip my hands into another WoW cosplay, I even picked out the wig from your store for the next one!!

Im already planing on another WoW dwarf cosplay A hunter dwarf from the WoW TCG, but more importantly me and my fiance are planning to make the Songbird and Elizabeth from the new Bioshock. I have the next dwarf wig picked out, I have not chosen exactly what color brown I want for Elizabeth.  In the end my big top dream cosplay is a T5 paladin dwarf, but I don know how to resin cast crystals….YET.

Becoming that one character for a day, or a weekend, that one character you love and relate to and to bring them off the screen, the tv, the book and place them into reality, and all the work you put in to make it yourself is just the icing on the cake!

OMG ITS SO THICK AND SOFT!! is what I said when I unpacked it. I had originaly bought some blond wig off ebay, it came in and it was so thin and shiney I could only get one braid out of it, Then I won a gift card from southern cospitality for you guys for 35$ and you were having this sale, it was a blessing and only a week before the convention!! I found a beautiful 40″ inch blond mix wig with short bangs and snatched it up.  I was so happy when it came in just 2 days before the convention. The wig is so thick and soft It was no trouble to braid and it looked so natural.  Im thinking of eventualy buying another one and using the wefts from the old one to make super dwarf braids. I cant wait to make my next order.

The photos im about to send you are from Isidro Urena Photography. I will send you 2 for now but I have even more coming on the way if you want more pictures after I send you these.

FacebookTweetPinEmail
Posted by Epic Cosplay on Posted on July 14, 2013December 8, 2018
Share this ArticleLike this article? Email it to a friend!
Email sent!