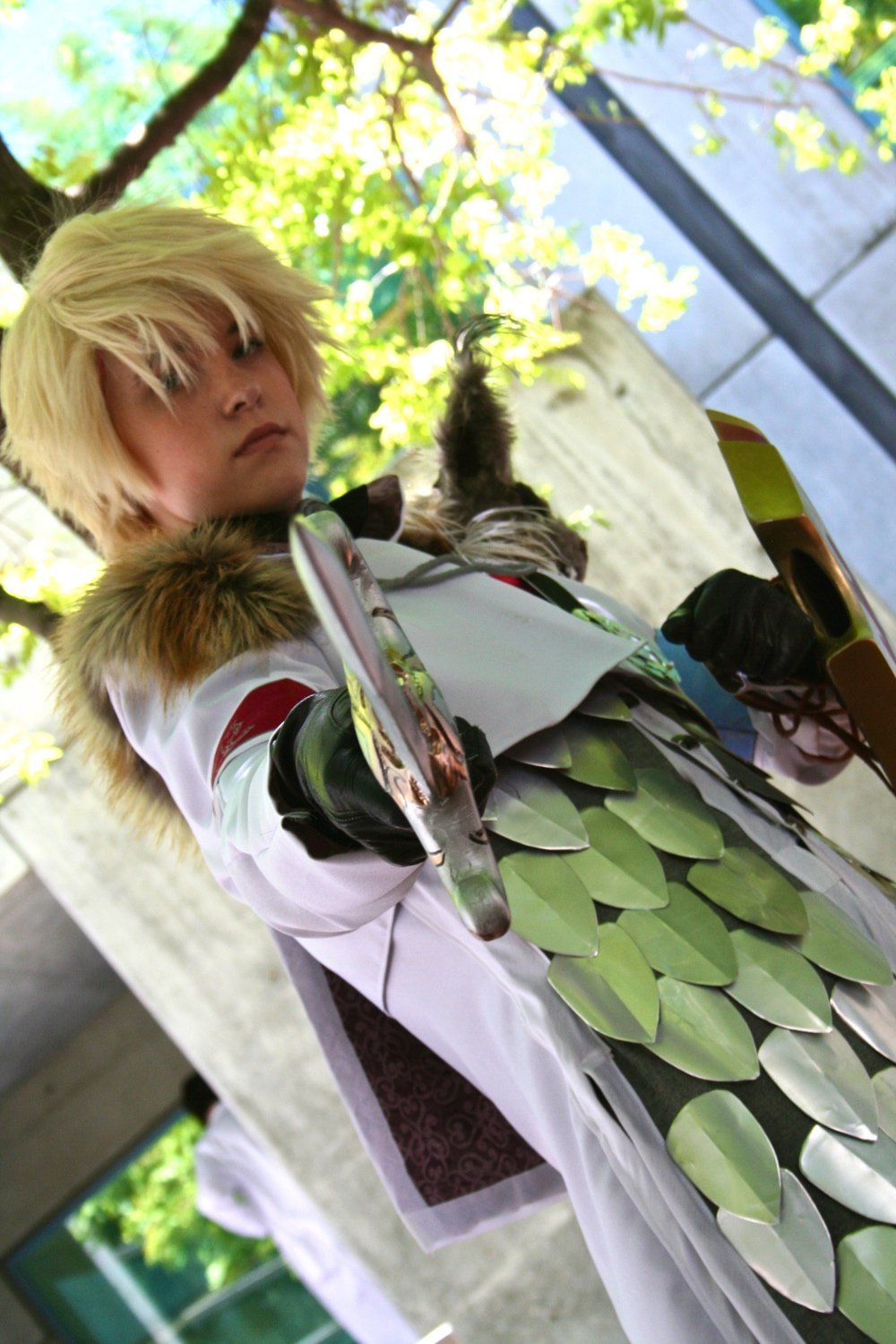 We’ve got a new Show Us Your Moves submission, sent to us by Onyx! She cosplayed as the lovely Patroklos from Soul Caliber 5 using our Apollo wig in Natural Blonde. 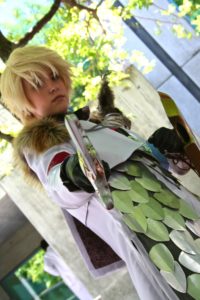 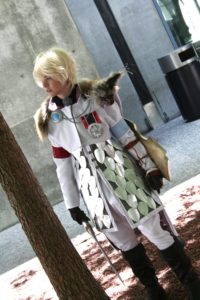 Hello! My name is Ony X, or Onyx. ^_^ I live on the west coast of California, and have been cosplaying for about two years. I also really love to do art and writing, and while I’m still in high school, I take my art very seriously. The costume was a huge ordeal in which I had to learn a lot of new things and got a bunch of advice from some great people. The costume in the photos were made by me, the wig in the Apollo Natural Blonde by Epic Cosplay, and the photos are taken by my younger brother. I got into cosplay after shortly getting into anime. I had a friend or two who mentioned going to anime conventions, and after looking into them I found out about cosplay. My first one was an awfully thrown together Belphegor, with which I dyed my hair for. For the longest time I was against wigs, the idea of them frightened me. But after dying my hair pink to be Prince Gumball from Adventure Time, I realized it was about time to start getting into wigs. A friend of mine recommended Epis Cosplay wigs, so I quickly ordered 3 new wigs, and was delighted when they showed up on my doorstep, long before Fanime con 2012, which was the next con I planned to attend. Giving me plenty of time to play around and get a feel for the wigs! My cosplay I’m featuring is Patroklos from Soul Calibur 5. Yes; this character is a man, and yes I am a girl. But I loved the new Soul Calibur game so much I HAD to cosplay as someone from it; and since the majority of the men are either shirtless / extremely buff or large-chested-scantly-dressed women, (The first of which I can’t pull off, and the second of which I don’t feel comfortable with.) that only left me with a few choices. So I started thinking about whose costume I would enjoy making the most; and so my fuel for making Patroklos came to be. Crossplay is one of those things that I hold near and dear. And I’ve found that a lot of wigs don’t accommodate a more manly shape. This wig pleased me for that reason. When I can actually fool people into believing I’m a guy until they hear me talk, I know I’m doing my crossplay some justice. This entire costume was a challenge for me to be honest. But I had a lot of great advice and help from the people in my life. My father helped me with the sword and shield, my mother gave me advice for the sewing (And constantly ratted on me to get my materials out of the kitchen.) as well as my friend Toki, whose knowledge of sewing and materials was quite helpful in advice. (Not to mention, she was a part of my pit crew during the con.) And of course, my lovely art teacher Kimberly who’s practically like a mother to me, gave me the idea to form the skull of the lynx on my shoulder. It just goes to show that cosplay is a lot easier when you have lots of people to turn to for advice and support! While I’m talking about materials and such, I’ll let you know how I made the costume. The wig was obviously bought from Epic Cosplay, with a few alterations in cut and some hairspray. The shoes were bought…Heck knows when. (I don’t even know how to begin making shoes, so that would be out of the question … no matter what.) The costume is hand sewn, 90% of the material was bought on sale and most of it fairly cheap. The Lynx on my shoulder is made of newspaper and masking tape, then the faux fur glued over it, with feather tufts for the beard and ears, (The ones on the ears have mascara on them to keep them fluffy, but darker.) and the teeth made out of sculpy. The neck pendant is sculted from sculpy and covered in paint. The medallion under the lynx as the bottom of a soda can for the base, then the details over it done in sculpy and then painted to the right color. The other medallion is ribbons and soda can aluminum cut into specific shapes and glued together. The arm bands are extra fabric and then hand painted. The “Scales” on the under jacket and back panel are cut out of soda can aluminum, (My family consumes a LOT of soda, namely mountain dew and dr. pepper, so soda cans are readily available to us.) and then stuck on with thick double sided costume tape. The sword is a plywood base covered in bondo for the details and then sanded down, and covered in the painted details. The shield is three layers of plywood glued together and then sanded down (more bondo forbdetails.) and then the painted details. I’m already planning my cosplays for the next year. Over the summer I’ll be working on IA from Vocaloid as well as Amon from the new Legend of Korra series. As for even further on, my brother and I should be doing Wily Kit and Wily Kat from Thundercats, and Toki and I plan on doing the Hero Suit forms of Tiger And Bunny! (I’ll be Bunny, of course! Think we’re biting off more than we can chew? … Maybe, but learning to swim before you drown sounds pretty good to me.) My favorite part about cosplay is learning how to use all sorts of different materials, and blowing people away with what I can do. A lot of people would say I do it to impress people, but I’d say that cosplay is more for me. As a cosplayer, I’m strong, I’m confident, and I’m innovative. I would have never thought that cosplay could teach me this much, and knowing that I’ve learned so much from cosplaying is more than enough to make me happy!

FacebookTweetPinEmail
Posted by Epic Cosplay on Posted on June 1, 2012December 8, 2018
Share this ArticleLike this article? Email it to a friend!
Email sent!