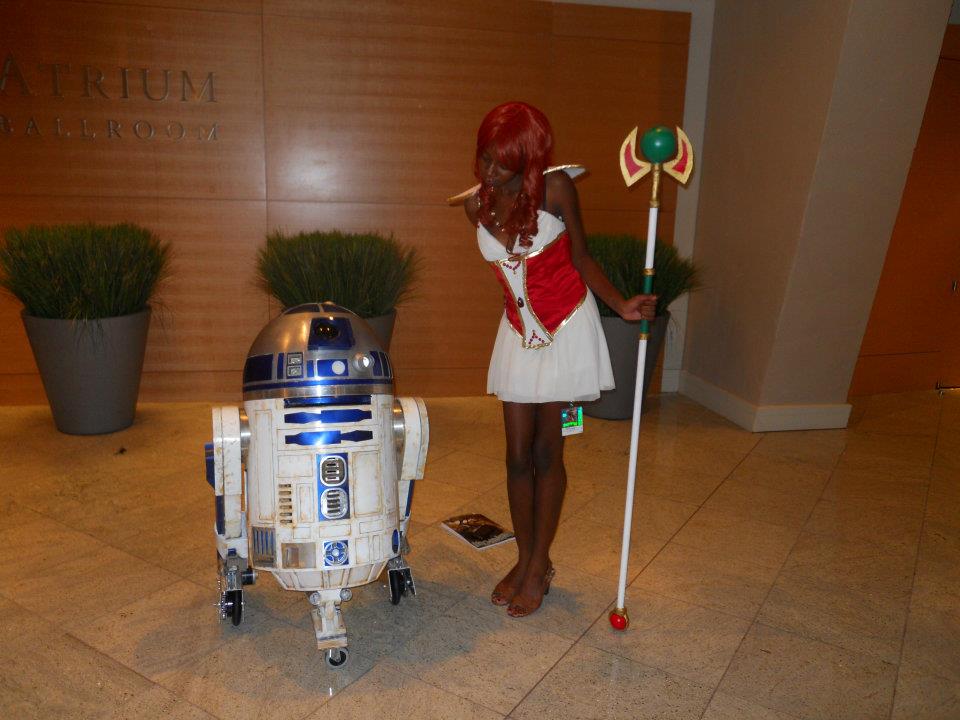 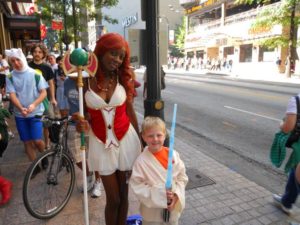 Check out this awesome Show Us Your Moves Submission by Chaka where she goes over her Felicia Day cosplay! Chaka utilized our Hestia wig in Dark Red to complete her look, which is pictured below! If you’re interested in seeing the wig on our website click on the image to be instantly redirected! Otherwise, proceed down the page to read Chaka’s awesome story! 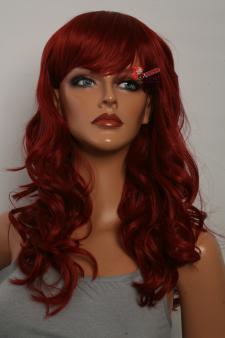 Like most cosplayers, as a kid I was really into dress up. Really into it. Like excessively into it. I once got in trouble for stealing my mother’s formal dresses and my dad’s video camera and trying to “film a movie” in my bedroom. In high school I was into theater and specialized in costume design. I was aware of cosplay then, but due to parents/restrictions/lack of funds it was college before I could really stick my toes into the water for the first time. But once I was bitten, there was no turning back.

How long have you been cosplaying?

I’ve been cosplaying for about five years. My first costume was Misa Misa from Deathnote which I wore to A-Kon 2008. It wasn’t very good (first costumes rarely are!) but I had a lot of fun! I just celebrated my fifth anniversary at A-Kon this past year. That con was my jumping off point and no matter how many cons I go to in how many different places, my path always leads me back to A-Kon each year. I feel like I owe that con a lot.

Were there any particular reasons you selected this character?

Felicia Day is a geek goddess, and “The Guild” is one of my favorite web series. I don’t know a single girl who didn’t immediately want to cosplay her after watching the “Date My Avatar” video. Wearing this costume to Dragon*Con 2010 was so much fun – I met Vork, Zaboo and Scott Allie while wearing it and they all took my picture and texted it to Felicia Day, who remembered me the next year when I met her in person at Dragon*Con 2011!

What would you consider the most difficult part of this costume?

I was making this costume on a very strict budget, so the hardest part was the corset. I ended up deconstructing an old dress to make it, and it worked out well for the con, though I definitely want to try to re-make it in the future. The most fun part of the costume was the staff! It was my first prop on that scale, and I made it out of pvc pipe, paper clay, cardboard and a glass ornament – and I love the way it turned out.

What cosplay would you like to do in the future?

My next con is San Diego Comic Con, and I’m bringing some pre-existing costumes (Disney Princess Tiana, Storm from X-Men and a Female Joker – using a green Epic Cosplay wig!) but the new costumes I’m working on for Dragon*Con are classic Harley Quinn (complete with giant mallet!) and Ame Comi Wonder Woman. Also my step mom is going to help me make a Merida from Brave – the blue and gold dress she wears when she announces that she’ll be shooting for her own hand.

What’s your favorite part about cosplaying?

My favorite thing about cosplaying is getting to assume a different identity at the drop of a hat. Wigs especially can transform you into whoever you want to be. I’ve had so many times when getting dressed in the morning, I wish I could just wear a bright wig or giant rainbow socks – cosplay makes it to where I can do, be or wear whatever I want.

When I bought this wig, it wasn’t the right shade and I didn’t have time before the con to exchange it. So I looked up an ink spray dye tutorial and went to down in my bathroom. The wig took the dye really well and didn’t run or rub off after it was done. I was really nervous about ruining it, but after spraying it, rinsing it and letting it dry- when I woke up the next morning the curls had bounced right back and the wig maintained its original shape. I was amazed at its resiliency! I definitely understand why so many wig commissioners use Epic Cosplay wigs as their base – they’re very easy to style to fit your needs!

Thanks for the opportunity!

FacebookTweetPinEmail
Posted by Epic Cosplay on Posted on July 28, 2012December 8, 2018
Share this ArticleLike this article? Email it to a friend!
Email sent!